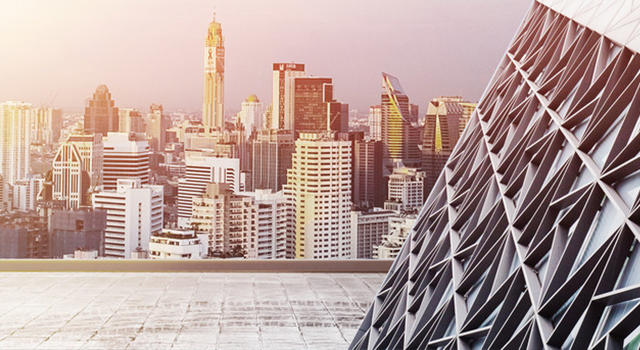 Researchers used 3-D printing to make preforms for a step-index fiber (a) and a structured preform (b). These preforms were then placed in a draw tower (right) to make the final optical fiber. [Image: John Canning, University of Technology Sydney]

The entire global telecommunications network, not to mention the ever-expanding Internet-of-Things (IOT), is tied together with string—silica optical fiber. Manufacturing this crucial connector is a laborious process, one that a research team in Australia believes it may have re-invented.

Researchers at the University of Technology Sydney and the University of New South Wales have demonstrated a way to 3-D print a glass preform for fabricating glass optical fiber (Opt. Lett., doi: 10.1364/OL.44.005358). This method, according to the team, simplifies fiber production as well as enabling both novel fiber designs and applications.

The art of drawing fiber
Silica optical fiber has a multitude of applications, but it’s expensive and labor-intensive to make. It comprises two parts: the fiber core that carries light, and the cladding that traps the light in the core as it travels through the fiber. In order to minimize loss and keep the light trapped in the core, the fiber core must have a higher refractive index than the fiber cladding.

Conventional methods of constructing the preform through which optical fiber can be drawn require spinning a hollow tube of glass with a carefully controlled refractive index profile on a lathe over a heat source. It’s essential that the fiber geometry is precisely centered during this process.

3-D printing the preform instead is thus a very attractive alternative—one that several members of the Australian team have been working toward for a while. Several years ago, the team successfully demonstrated the first fiber drawn from a 3-D-printed polymer preform. Applying this additive-manufacturing technique to glass, however, presents a tricky manufacturing challenge, as 3-D printing glass requires temperatures of more than 1900 °C.

Printing glass
To apply the approach to glass, the team behind the latest study added silica nanoparticles into the photo-curable resin. The researchers then used direct-light projection (DLP) to 3-D print the cladding preform with UV light at 385 nm, and poured a clever mixture of polymer and silica nanoparticles—this time doped with germanosilicate—into the hollow, cylindrical preform. The addition of the germanosilicate to the core resin upped the refractive index.

To overcome the heat quandary, the researchers applied a thermal debinding process. The debinding sloughs off the polymer and other impurities, leaving the silica nanoparticles behind, which are held together by intermolecular forces. Kicking up the heat even more, the researchers then fused the nanoparticles into a solid structure that could be inserted into a draw tower to be molded into the optical fiber. According to the team, the end result was the first silica fibers drawn from 3-D-printed preforms.

Scattering and next steps
To test the quality of the first-of-its-kind fiber, the researchers shone 532-nm green light through 2 meters of both single-mode and multimode fiber—and measured significant loss. But while the team concedes that there is “considerable scope to improve the transmission properties of this fiber,” the researchers also believe that the relative ease with which the fiber was created could make the technique a game changer for future fiber fabrication.

In particular, the team suspects that this new method could enable the production of incredibly complex multicore and multi-shaped fiber designs for previously unrealizable applications. According to a press release accompanying the work, the researchers are interested in partnering with a fiber manufacturer to improve and eventually commercialize the technology.
5G Is Coming, and It’s Fortified With Fiber

5G Is Coming, and It’s Fortified With Fiber

Release time：
2019-05-05 18:12
The next generation of wireless tech, 5G, promises a frictionless future: We'll be able to do whatever we do on our phones much, much faster, and more devices can come online without slowing down the works. Self-driving cars, smart meters that track electricity usage, and health-monitoring devices may all take a big leap from childhood to adolescence.

5G will happen in the airy realm of radio waves. To get there, big telecoms have to harness underused parts of the spectrum. But there's another crucial part underlying this system: lowly cable. Huge numbers of new transmitters will be needed to relay all that data to your phone, and many of those transmitters will still connect to the internet through fiber-optic cable—glass as thin as strands of hair carrying pulses of light.

To make it all work, companies, including OFS Optics, a fiber-optics and cable company, are now being commissioned to produce millions of miles of new cable holding twice as many fiber pairs—two strands, one for the uplink and one for the downlink—as the old stuff.

The WIRED Guide to 5G
In each cable are the glass fibers, which are unspooled using a device called a payoff machine. At OFS, these machines are massive—6 feet tall, 25 feet long, and 4 feet wide. Color coding lets technicians know which fibers to splice when connecting two cables. When displayed on giant bobbins at the OFS cable factory in Carrollton, Georgia, the fibers create an unintentional artist's palette of yellow, coral, aqua, forest green, and gray. The glass fibers are then laced through weather-resistant buffer tubes and swaddled in strong synthetic aramid yarn to protect the inner workings. The final step of production involves applying a black sheath made of durable polyethylene. A finished fiber-optic cable can be up to 30,000 feet long, or more than 5 miles.

Out in the world, these cables may be draped along utility poles or hidden in shallow trenches under city streets. Enormous lengths of cable carry the internet under the oceans between continents. In those places, mostly unseen, they may one day connect your 5G-enabled device and beam you into the future.